KWaK chops it up with Cynamin Jones of Reveal Agency

I have been a Wu fiend since the 7th grade. I was that little 12-year old, rockin’ my brother’s yellow CD Walkman, reciting every word to “36 Chambers” verbatim in my school yard during recess.

Cynamin Jones is CEO of Reveal Agency: a full service branding, image, marketing, and PR firm. Formerly, she was VP of Public Relations at Wu Wear for 7 years. We linked up recently and I immediately felt her admirable, natural BOSS energy that shines vividly through her presence. She was gracious enough take time out of her busy schedule to chop it up with us about her work.

KWAK: Throughout my research for this interview we couldn’t find any prior info about you. Tell us about ‘Young Cynamin’. Where were you born and bred? What was your background before working for Wu?
CJ: Being discreet is a hustlers trait! {laughs}. I’m actually very happy no prior research was found on me. I’m a private person and lord knows my personal life would out shine my business hustle anytime. I was born and raised on the Lower East Side where the manifestation of drugs was heavy and the hustlers were our bodyguards. Back in the 80’s there was mutual respect amongst hustlers, political street leaders and gangs. Times have definitely changed but that was the rural reality of my upbringing.

Before working for Wu Wear, I attended FIT and majored in fashion buying and merchandising with an emphasis in communication (you know I wanted to get all that shit in there right, ha!) Anyways, during my tenor years at FIT, I interned for Adidas & Tommy Hilfiger, while working part time at Urban Latino Magazine as the style street editor, all before branding the global clothing line Wu Wear.

KWAK: We caught up with you at “WU-HA | 20 20 NYC”, Wu Tangs 20th anniversary art exhibit last month. Thanks for the press passes, sister! What role did Reveal Agency have in collaborating with the Wu Tang brand and Wall Play in putting this together?
CJ: Yes, thank you for coming! I really appreciated you guys showing up and giving us love. Actually my contribution to WU-HA came, as they call it, at the last leg of the production. I re-united with my former boss Power (Oliver Grant, co- Founder of Wu Tang & founder of Wu Wear) who is the curator of the show along with his partner Laura O’Reilly. Power discussed with me the programming back in September, mind you this was already a year long production.

We sat together and worked on a strategic marketing and communication plan for the year long programming campaign. Reveal Agency’s responsibilities was to oversee the social digital campaign and media outreach. I had to make sure the media was properly informed of the year long initiative art exhibit and its content. WU-HA is not only a year long extension but a celebration honoring the Wu Tang Clan on their 20 years in the Music Business through Hybrid Arts. How incredible is Power for that!

Aside from making sure our story was relevant and interesting to pitch, every new business opportunity that presented itself at WU-HA for the Wu Tang brand, I had to make sure to handle efficiently and be selective with what works for the Brand for our future endeavors. As we say, we are looking for 20 more years! 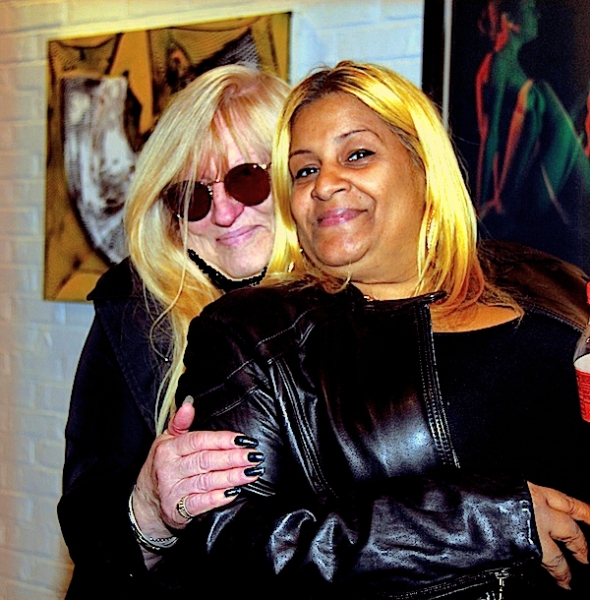 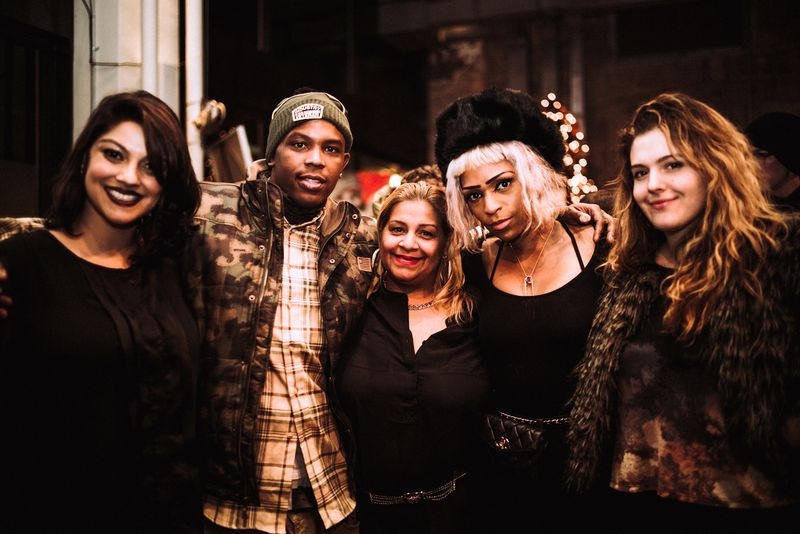 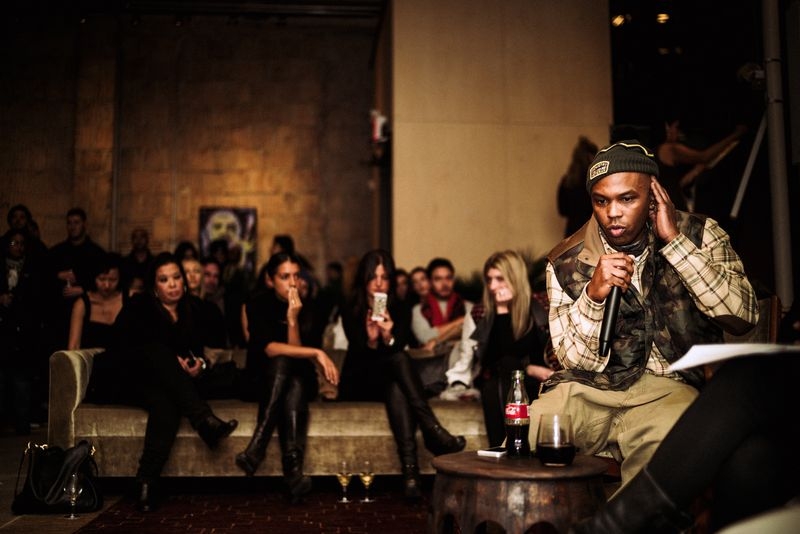 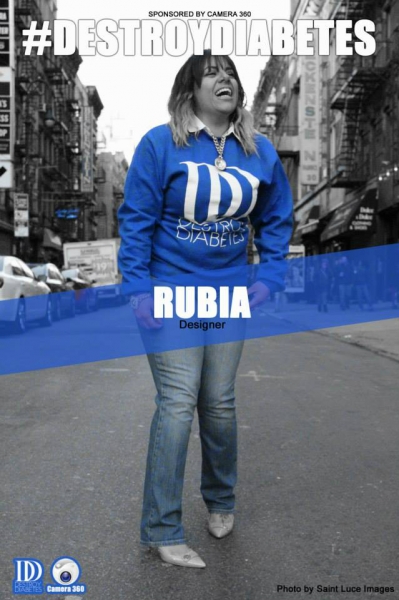 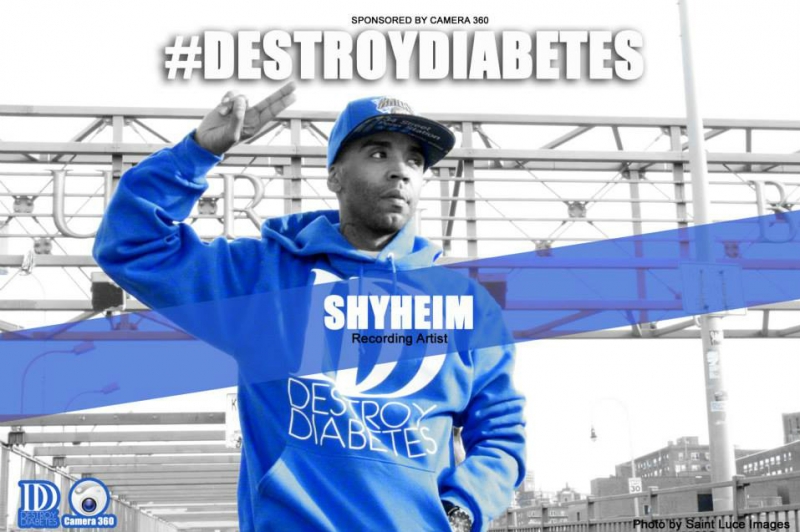 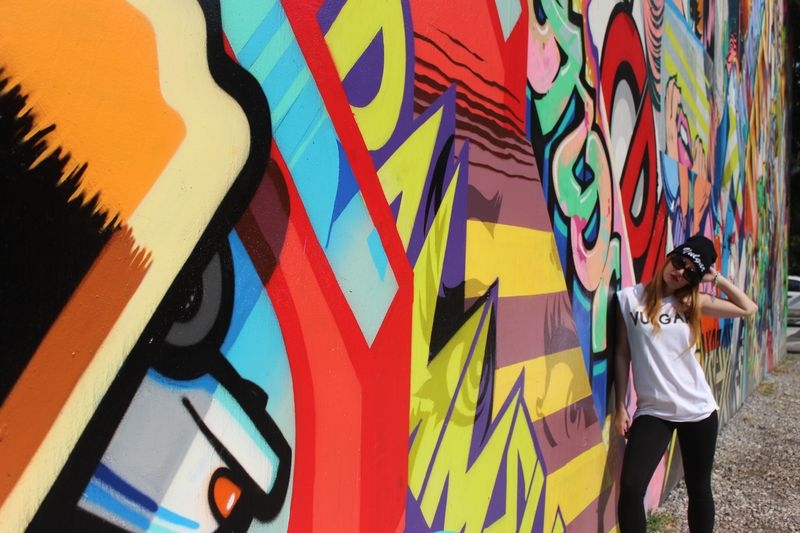 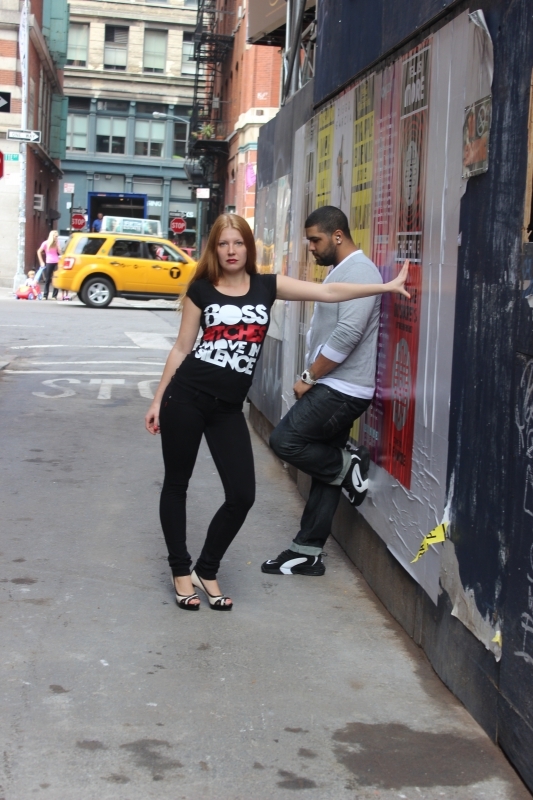 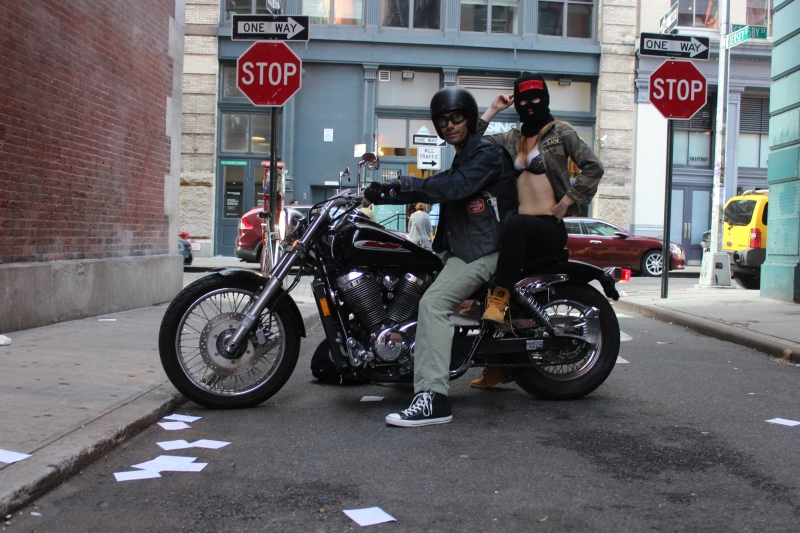 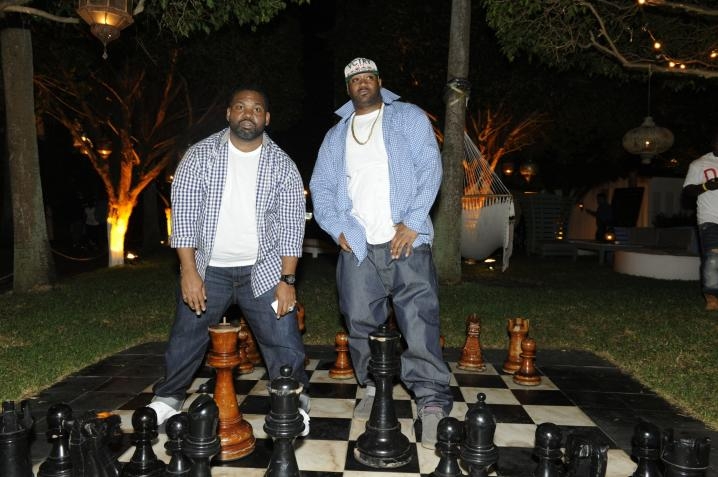 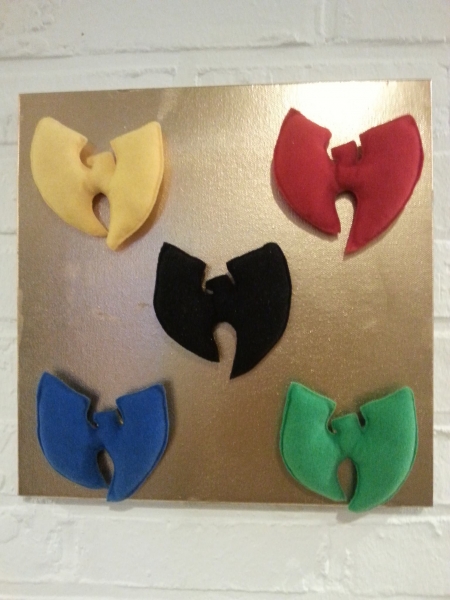 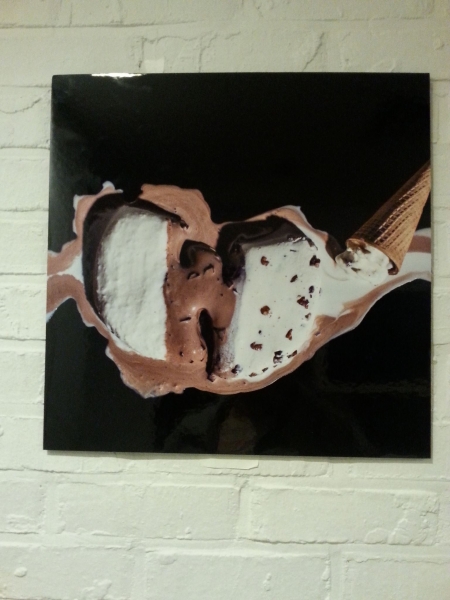 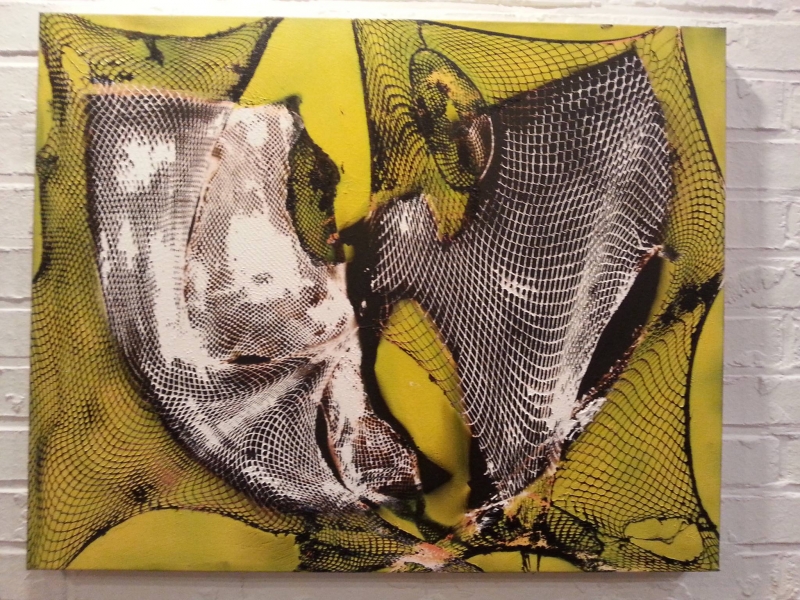 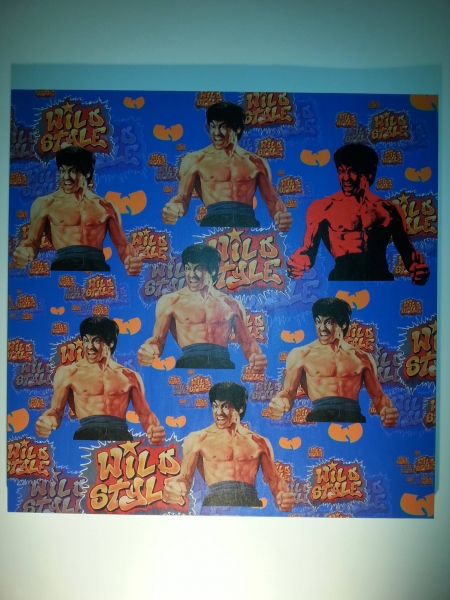 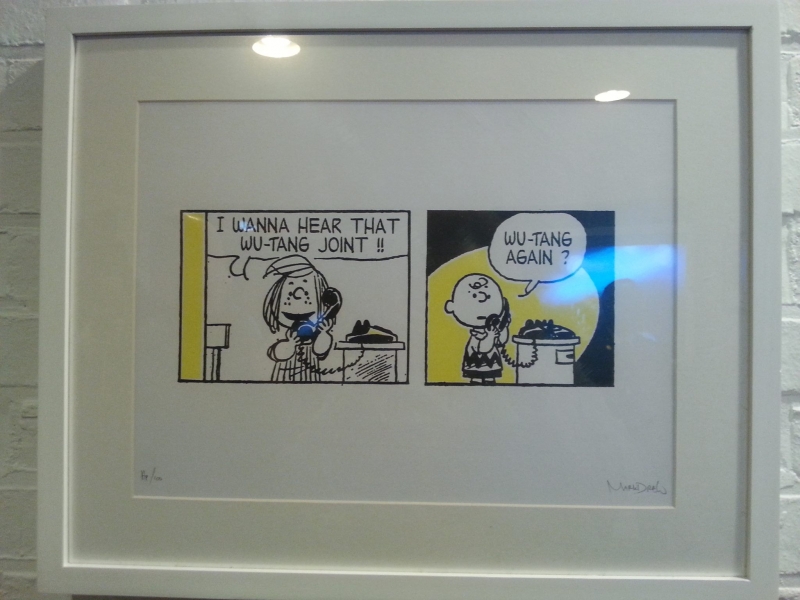 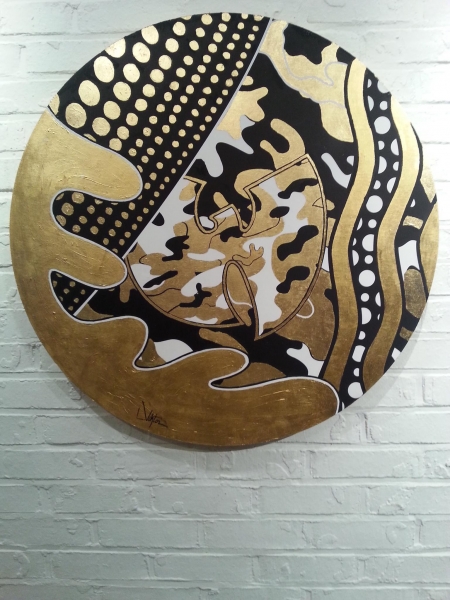 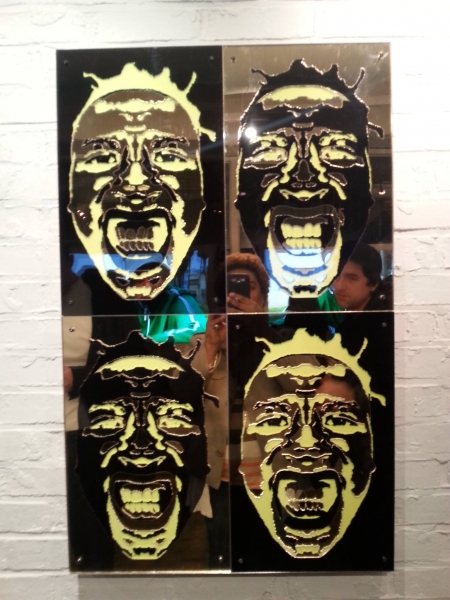 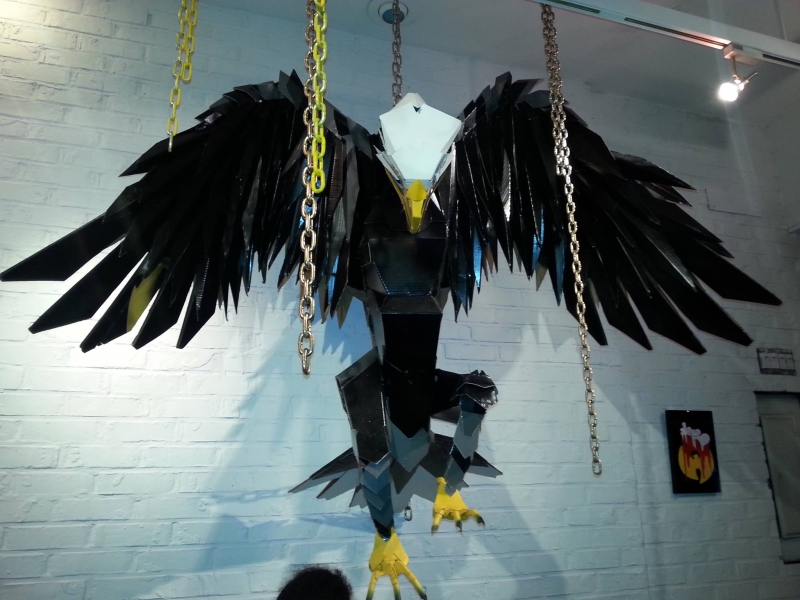 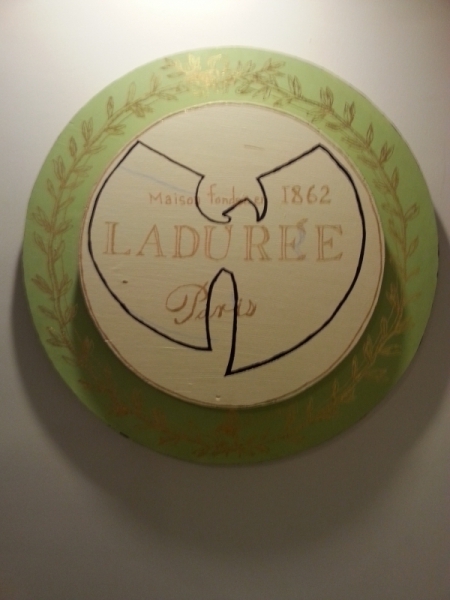 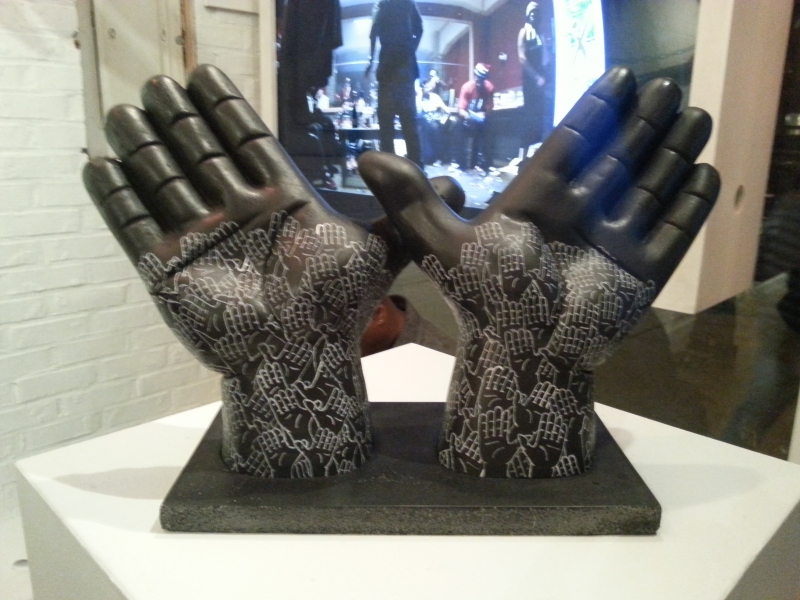 KWAK: We are aware of your work with rapper Noreaga’s wine company, Papi Wines. Tell us about how that project came to fruition.
CJ: Noreaga and Papi Wines is what I call a marriage made in heaven! When Nore announced to MTV that he will be calling himself ‘Papi’, I thought it was a joke! Obviously, he was dead serious! Nore is a good friend of mine. We have known each other 16 years plus… actually, I gave him and Capone their first autograph sign-in at Wu Wear. That’s how we actually became cool. While looking through one of my emails, I came across a liquor sponsor and it happened to be Papi Wines, and as the insanely crazy creative person I am, I started thinking about Nore & Papi Wines.

I researched the company and reached out to them, pitching Noreaga as their brand ambassador. After meeting with the liquor company, I spoke with Nore and told him about my idea of having him be the face of the brand and he loved it! Once Nore had the chance to try the Moscato, he eventually fell in love with the blue bottle (Dolciato Gran Cuvee) and started promoting the moscato before even meeting the CEO. Eventually we all had a sit down and the rest is history, as I call it… branding in the making by your very own Cynamin Jones.

KWAK: To build on that, you’ve worked with various entertainers and their outlets from Dame Grease to The Chappelle Show. Most recently, I’ve come across quite a few pictures of you and Chef Roble. Did you have a hand in creating his new line, ‘FoodTang’?  Which project and artist did you particularly enjoy working with and why?
CJ: I have no affiliation with Chef Roble’s ‘FoodTang’ project. Actually, Roble is another good friend of mine. We met about 13 years ago at a TV studio where Dame Grease and Roble were filming two different pilots to be pitched to networks. While at the studio, we built a cool friendship and stayed in touch. At the studio Chef Roble told me, “I’m going to have my own food show one day, watch!”, and eventually the universe went into action and manifested his wish. On his project, ‘Foodtang,’ Roble reached out to me because he wanted to have Raekwon and Ghostface on the project, and since I’m close with the guys he knew to reach out to me directly.

I can tell you off the bat, the best project I have worked with aside from Wu Wear is  working with Dame Grease. I’ve been Grease’s PR agent for 16 years. developing his label and brand image. When “Get At Me Dog” came out, Grease was at his peak, but he didn’t want any press, so eventually all the fame was given elsewhere and his proper recognition was unnoticed. That didn’t stop us, though! We kept pushing the label, Grease working the production side of things, and me making sure his business was intact with his other artists from his own label, Vacant Lot. It has been a hefty, long journey filled with many trials and tribulations, but all for the good. Did you guys know that he has his own software? It’s called MAGIX. That was one of the many projects I have spearheaded for his brand and image. I can tell you, working with Grease was very challenging, convincing the media that he was “the next big thing,” and keeping him relevant throughout the years. And even though he’s a legend, the new breed of bloggers and editors still get surprised when they find out he’s responsible for half of their favorite tracks. To me, the challenge itself in re-branding is orgasmic.

KWAK: You seem to always be successfully juggling a few projects. Tell us about Destroy Diabetes and any other projects we can look forward to seeing Reveal Agency involved with in the future?
CJ: I’m a renaissance woman; my little hands always have to be in people’s pot! One day, they’re going to slap it off, but thankfully it hasn’t happened yet!

Destroy Diabetes actually came about while I was resting up from a long week of heavy press and brainstorming with Power. His creativity can really be draining sometimes. My father passed away 7 years ago from diabetes, and during my times of stress and hard work, I think about him so much. That day, he was heavy on my mind, with tears running down my face and a knot in my heart, because I missed him dearly. I felt I needed to do something to keep him close to my heart and just at that moment I thought about campaigning for his cause. You see, half of my family is diabetic and I saw his struggle and his pain, first hand, which has affected me.

I did some research and realized November is Diabetes Month, so I decided to do a walk and call it #destroydiabetes. The moment I made an Instagram and Facebook page people started taking notice and said they loved the campaign and wanted in. Camera360, an iPhone and Android application company, sponsored my first artist campaign photo shoot, and eventually it will keep growing. I plan to take this campaign and turn it into a hub, where people with financial needs could one day come to us for support. That’s my goal. I want to give back and help families who are struggling, trying to live a healthy lifestyle and can’t afford it. Everyone can like my Facebook page and join the cause at www.facebook.com/DestroyDiabetes.

As for Reveal Agency, it will keep growing and developing new artists, branding new brands, and guaranteeing many more success stories. We’re going to keep connecting, creating and collaborating.