Naturally, I was honored to have DJ Jazzy Joyce join us on KwaK, but as we began doing more research about her and how she came up, it was clear to me that this was going to be a very special interview, one that I wanted to conduct with her personally. She is such a humble soul, and her energy was apparent throughout this entire process. Building with her was a pleasure from beginning to end. Check out our inspirational interview with the legendary DJ Jazzy Joyce!

KWAK: When did you first know you wanted to spin? How did you acquire your skills, and who did you admire as you built yourself up as a DJ?
I’m born and raised in the Bronx and was taught how to deejay by my male cousin. He taught me the basics and I studied the art of deejaying from then on. I was never obsessed with anyone as I built myself up as a DJ, I would say I was inspired by people like Africa Bambataa, DJ Wiz Kid, Red Alert, Jazzy Jay, Jazzy Jeff in the very early stages. I was inspired by the culture of hip hop because it is what I saw and experienced around me at that time growing up in The Bronx. When doing what we were doing I don’t think any of us knew we were making history.

KWAK: Your success came at a time when opportunities in hip hop for women were limited to being video girls, groupies, and hangers on. How were you able to get the industry to take you seriously?
Jazzy Joyce: I deejayed in a club for the first time at the age of 13, that was a result of what I focused on. Being a video girl or groupie hanger on was not a thought or option for me because my mark as a talented DJ was made very early.

KWAK: What makes your style of deejaying your own? What’s distinctive about your style?
Jazzy Joyce: The interjection of my uptown vocal style, which I credit DJ KID CAPRI for encouraging me to develop, coupled with the fact that I program what I play and my transitions is the making of my DJ style and special sauce.

KWAK: How would you compare female DJ’s from the earlier years (like yourself, Spinderella, etc.) to female DJ’s today? Where are they killing it? Where are they failing?
Jazzy Joyce: There were not many female DJ’s before me in the entire world… The female DJ’s of today are doing a great job. Coming from seeing hardly any, to them being all over the world rocking, makes me happy to know that all I’ve endured was not in vain.

KWAK: During my research, I read your interview on the female blog, MommysDirtyLittleSecret.com, where you discussed your personal sexual and physical abuse stories. As a fellow abused female – both in childhood sexually and as an adult physically, I praise you for going public with it. It’s something other women need to hear.. that they aren’t alone. What would you say to other young women that have gone through either or?
Jazzy Joyce: At some point, if possible, get some type of help to find a way to help yourself heal and move forward from the pain of the past so you can live, love and laugh again, knowing that what others did to you is not your fault.

KWAK: Being in an extremely physically abusive relationship for many years really put a huge dent in my trust in future connections, as well as created a low-self esteem issue I was fortunate enough to shake. How do you feel your experience affected you altogether, as well as in later relationships?
Jazzy Joyce: I would say it damaged my ability to quickly trust. I’m not saying I don’t trust… it’s just that I don’t easily or quickly trust. I’ve chosen not to stay standing in the hurt of the past, because I know life is precious and short. I use the past to help me pick a better future. It has shown me what I don’t have to put up with. As far as future relationships, I don’t want to have someone of my future pay for the bad of my past… that’s not fair to them.

KWAK: Do you think there are precautions that parents should take to help prevent and protect our children?
Jazzy Joyce: In this cold world, I think the best thing parents can do is keep it real with their children and don’t try to teach them life only through the eyes of a fairy tale set of glasses. I think honesty and trust will help give children the tools needed for them to think on their feet when they are not with their parents so they can make great decisions when they are in certain situations. Give them the truth, and pray that they took heed and heard your warning words.

KWAK: I majored in music production in college, and I will always remember clearly that feeling of being an outsider in a class of 30 men and only 3 women. Considering how long you have been in the game, do you feel as if it’s gotten any easier for female DJ’s?
Jazzy Joyce: In any field that is male dominated, it will never be easier for someone based on their gender. I have just always focused on being great… it was never about me being a female.

KWAK: It must have been quite a juggle to maintain highly active DJ life while living with Chrohn’s Disease. Some of your earlier experiences with Crohn’s had you spinning while extremely ill. How has living with your condition impacted your career? How are you doing health wise?
Jazzy Joyce: I’m thankfully in remission now. There were times throughout my career when I could have made some more advances if I was not recovering from one of the 8 major operations I’ve had. I’m proud of myself for not letting my health stop me from my accomplishments.  Dealing with Crohn’s Disease probably helped me be strong at difficult times in my life, no matter what the situation was.

KWAK: Rather than use your illness as an excuse to stay small, you have really taken charge of your life in a powerful way. What would you say is the thing that has pushed you to success, despite your experiences?
Jazzy Joyce: I think being as sick as I’ve been at times made me have the drive to accomplish things once I had my health.

KWAK: Tell us what your favorite projects have been throughout your career and what you’re up to nowadays. Where can we learn more about your current and upcoming projects?
I’ve been blessed to have a lot of great experiences throughout my career. My turntables took me to places I probably wouldn’t have had a chance to go. Some of my favorite projects I’ve been a part of or worked on were deejaying for Sweet T and making “It’s My Beat” on Profile Records, deejaying for Digable Planets, touring and making a record with them, deejaying on the radio station HOT97 in NYC for 15 years, teaching at Scratch DJ Academy, deejaying in the parks during the summer with Tools Of War. Rocking at clubs and seeing the people happy from the way I do what I do is a major thrill. I really enjoy producing, which brings me to my most recent & current project. I produced a single called “I L♥VE IT” by Vain and Jazzy Joyce. The song is available on iTunes, we shot a video for it (check it out below), and we are currently being spun on the radio in over 40 markets and we are promoting it everywhere.

I am so touched and inspired by your resilience, determination, and ability to overcome all the obstacles in your past to have the success and the recognition that you have. I honor you for speaking out. Young sexual and physical abuse happens way, way too often and unfortunately, women are too embarrassed to speak of it. It’s taboo. It could be because of their profession, their culture or because they often blame themselves, as you mentioned. This leads to us not allowing those scars to heal. As an organization, karlawithakay.com is working toward creating a platform for women to talk about the issues that affect their lives in a deeper way, and this is a HUGE one for me, and it is no coincidence that we ended up connecting. Everything is unfolding in perfect order. 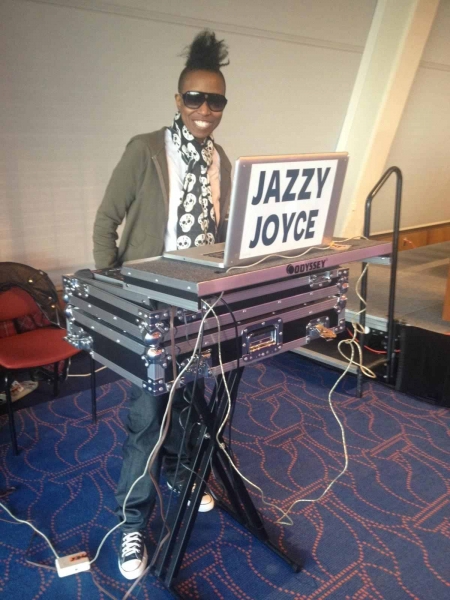 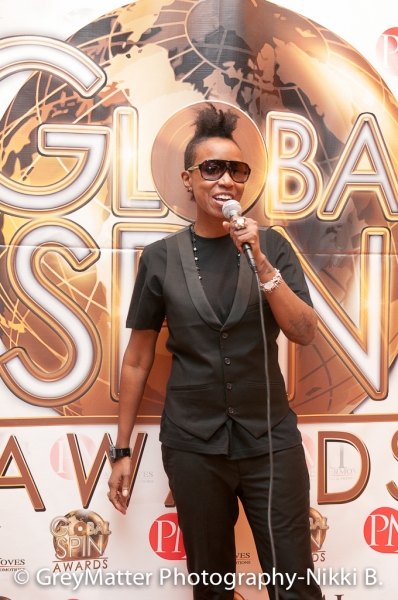