Nancy Arroyo Ruffin is an award-winning author and motivational speaker. She’s also a devoted wife and loving mother. But what makes us love her is that she is a champion for women’s empowerment and preserving the richness of Latino culture.

We recently caught up with Nancy to conduct this interview, and even in the midst of the loss of a family member, she graciously accepted our invitation to be featured. We honor and thank you for that, Nancy!

KWAK: You talk about growing up along the J train line. What neighborhood was your stomping ground, and what was that like for you?
I grew up in Williamsburg, Brooklyn (the Marcy Avenue stop on the J line) at the height of the crack epidemic where every other commercial on TV was Nancy Reagan encouraging us to just say no to drugs. The neighborhood was run down and dilapidated. There were many times I’d look out my bedroom window, and see huge rats digging through the garbage for food. We didn’t have after school activities to keep us busy. The only extracurricular activities included going to the rundown playgrounds that were often shared with the neighborhood crack heads or hanging out on the street corner. Both of which made it very easy to get caught up in things that one probably shouldn’t be doing. But because of my strong family ties I didn’t slip through the cracks. Everyone in my neighborhood knew my sister and I. They knew we were Danny and Margie’s daughters. They looked out for us. We were family even if there was no ancestral relation. Growing up there had a great influence on who I am. It helped me develop my strong sense of family and a need to give back to the community.

The J train line was so significant to me because when I was 13 my parents bought a house in Richmond Hill, Queens (also along the J line) and the J train served as the bridge that connected me to my old life in Brooklyn and the new life I was creating in Queens. It provided me with a way to still connect with the neighborhood I so deeply loved.

KWAK: Name the three moments in your life that have had the greatest impact on you.
The first would have to be when my cousin was murdered. He was 15 and I was 16. Though I had always been a writer. It was his death that gave birth to the poet in me. It inspired the first poem I ever wrote.

The second moment was when my husband got diagnosed with cancer in 2003. He was 30 and I was 26. The seriousness of that diagnoses forced me to put my life into perspective and to stop taking life for granted. Though I was 26 and married I was pretty immature. Him and I both were. I was a spoiled daddy’s girl and he’s a spoiled only child. We struggled during our first years of marriage because we didn’t know how to compromise. Helping your loved one fight a life threatening disease forces you to grow up. Once he went into remission we shifted our priorities. I truly believe his cancer helped save our marriage.

The last moment that had the greatest impact on me was the birth of my daughter. When she was born I started thinking about how I wanted to raise her and how I would teach her to be a proud, confident, and kind person. The only answer I could come up with was that I needed to be the example of the woman that I want her to become. I want to be her role model. So now everything I do, I do with that in mind.

KWAK: What inspired you to become an author and speaker?
I have been writing short stories since I was in second grade. As I got older I started writing in journals. Documentation has always been very important to me. I believe that if you don’t document it, you will eventually lose it. Memory, after time, can become distorted. Photos are great, but they only capture a snapshot of that moment in time. Words, once put on paper (or the internet) have a way of living far longer than any of us will. This is the reason I write. I write so that I can document my existence.

I write so that I can document my history, my daughter’s history, and the history of my ancestors. My father recently said to me, “Just remember that when it comes to our history and culture it was handed down to us we are just caretakers for the next generation.” My writing is my gift to the next generation.

The motivational speaking was natural for me because I share so much of my personal experiences in my writing. I have written extensively about my challenges in becoming a mother. For a very long time it was a dream of mine that just wasn’t coming true. But I believed more than anything that I would one day become a mother and because I never gave up, my dream of becoming a mom finally came true. Through my experiences I want to inspire others to never give up on their dreams because they are attainable if you believe in yourself and if you put in the work. This is the message I try to convey through my speaking engagements.

KWAK: Your first two books are both collections of short stories and poems inspired by your life experiences? What can expect to see in your third book?
I am currently working on two books simultaneously. One is a collection of love poems titled Coming Undone about how love in all of its beauty transforms us almost to the point where we completely lose control of our logical mind, but in the most beautiful way. Love has a way of making us do things that we wouldn’t do under normal circumstances. It unravels us and peels back the layers and walls that we’ve built until we have completely exposed our souls. I don’t usually write love poems, but I have been inspired recently and the love poems are almost spilling out of me. The other book I’m working on is a self-help/motivational book titled Power of the F.I.E.R.C.E Woman: Learning to Unleash the Power Within which is aligned with the work that I do with my organization Power of the F.I.E.R.C.E Woman.

KWAK: Who do you most admire? Why?
The person I admire most is my grandmother. She migrated to NYC in the 1950’s from Puerto Rico and despite the challenges she faced when she arrived here like not knowing the language and being married to an alcoholic who would often physically abuse her she was able to make a life for herself and her children. She was strong enough to eventually leave her abusive husband and raise her 8 children on her own. She has buried 3 of her children and to me, she is the definition of strength. At 88 yrs old she is still the strongest woman I know.

KWAK: What is The Power of the F.I.E.R.C.E Woman and what was the catalyst for its creation?
I have been inspired by so many successful women. A good friend of mine who I went to high school with has become one of the savviest. most successful female entrepreneurs that I know. Qiana Aviles, owner of Nail Lounge and Maranello Trattoria in Washington Heights and Q & A Nail Lacqueur is an amazing woman who continuously supports and helps other women whenever she can. Whether it’s by sponsoring events, putting together dinners to celebrate other successful women, or donating some of her services she is always giving back. I got the idea for Power of the F.I.E.R.C.E Woman by watching Qiana and how much she has inspired me through her generosity and humility. I wanted to do the same for other women. So in April of this year I founded The Power of the F.I.E.R.C.E Woman Organization. Through the organization I put together workshops and networking events where women come together to network, learn from each other, share experiences and support one another. Through dialogue, communication, and interactive activities I help them to discover their own power and use it to help themselves and others. I believe that although women can get far on their own, we get much further when we support and help one another.

KWAK: In one of your posts, you mention that you pursued a degree in Accounting because of the promise of steady employment, but it was never something that really fulfilled you. Knowing what you know now, what would you study if you could go back in time and relive your college years?
If I could back I would have studied creative writing. I would have focused on my love for writing instead of chasing the money. What I’ve learned so far is that when you do what you love the money will eventually come. Doing something solely for money won’t make you happy. I now know that I can make a decent living from writing and when I write or do a speaking engagement it doesn’t feel like work to me. I love doing it and because I love it, it’s also fun. I get paid to do what I love. There’s no greater feeling than that. My only regret is that I wish I would have focused on pursuing my writing dreams years ago.

KWAK: You do a lot of speaking engagements with audiences of varying ages? Who do you enjoy speaking to most? What topics are you most passionate about?
I absolutely love talking with children. They are just so full of promise and hope. Sometimes all they need is one person to believe in them and to tell them that they can do anything they set their mind to. When you believe in a child they learn to believe in themselves. They are by far my favorite audience.

The topics I am most passionate talking about are my Latina heritage, education, and the importance of following your dreams. Each one is very important to me and has contributed greatly to the person that I am.

KWAK: What’s next for you?
The next Power of the F.I.E.R.C.E Woman event is being scheduled for December 2014. I have a few speaking engagements booked for the beginning of 2015. My 3rd book of poetry Coming Undone will also be published January 2015. The self-help book Power of the F.I.E.R.C.E. Woman will be published July 2015 and lastly I’ve been invited back to Christ the King Elementary School in the South Bronx to work with the fourth grade class on a book poetry that will be published at the end of the 2014 school year. 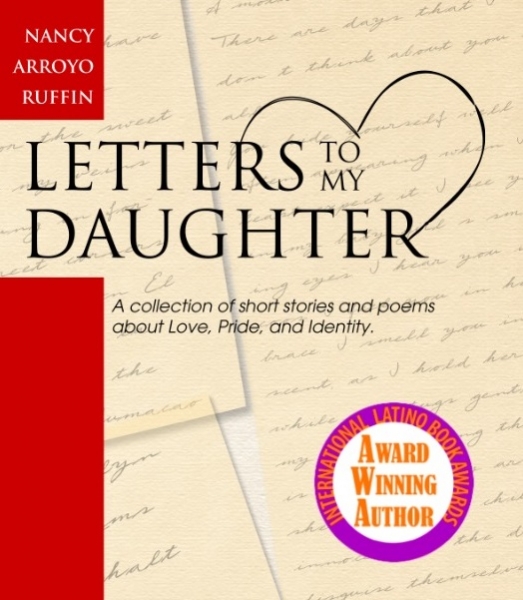 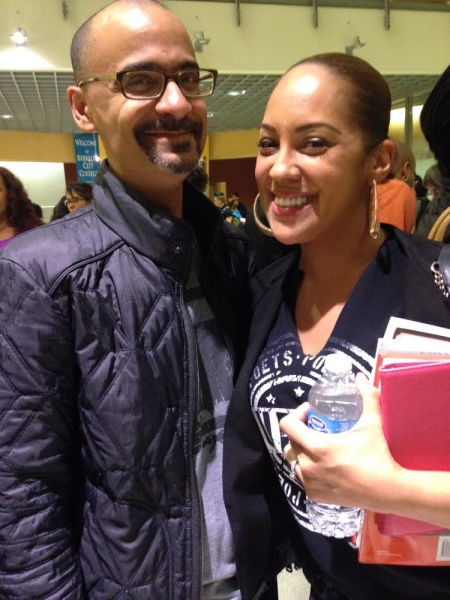 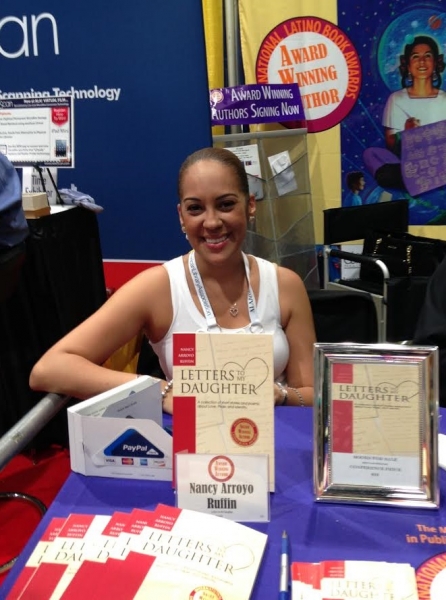 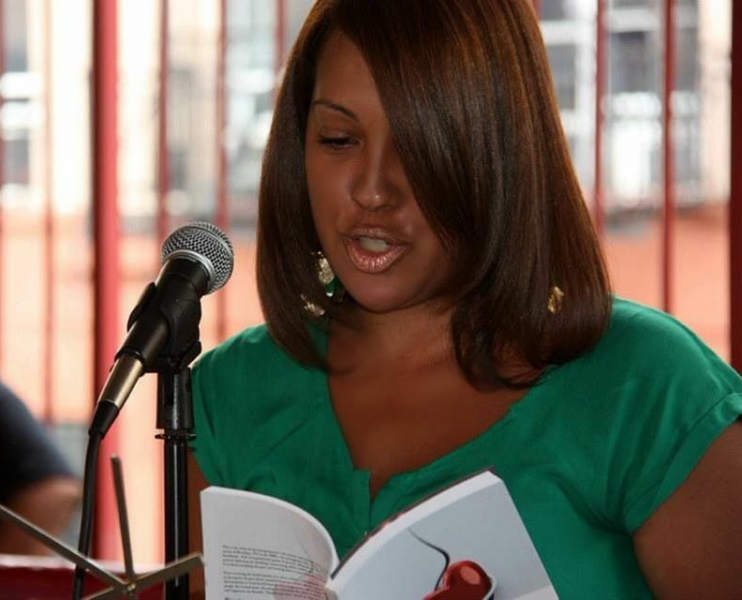 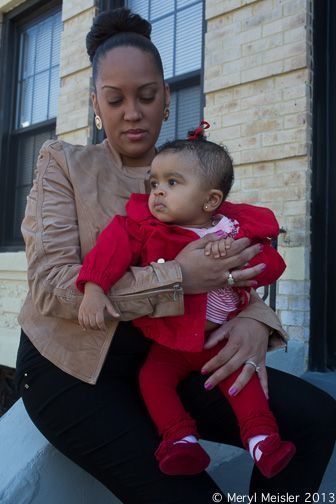