Last Monday, I was able to catch the Dispset 10 year anniversary show at BBKINGS in Times Square, hosted by Funkmaster Flex. As an uptown Harlemite it was a no-brainer, and judging by the amount of familiar faces and the crowd’s hypeness, Harlem’s loyalty was apparent.

As many times as I’ve been to BBKings, I’ve honestly never seen it so packed. The Dipset crew went from performing their older material to the newer and fresher ish, all with the same result. The crowd sang along with every song and knew all the words, hands and blunts in the air.

Contact high was part of the price of admission and I even witnessed a young woman FAINT right next to me. YES, FAINT.

At least 12 people were on stage, of course in good old hood fashion… including JR writer, Freekey Zekey, Jim Jones, Santana , Killa Cam and his now just-as-famous GF Juju, since he regularly dotes on her all over social networks. Based on the crowd’s reaction alone, he is definitely still the Obama of the camp. Of course, I’m a little biased since I’ve been a fan since his ‘S.D.E’ album.

“I Really Mean It,” “Down and Out,” “Pop Champagne,” “Crunk Muzik,” “Everything is Good,”  and “Oh Yes”  were just a few of the classics they dropped.

Naturally, it just wouldn’t be a big enough show with out cameo appearances. Lloyd Banks made an appearance for “Beamer Benz or Bentley,” and Waka Flocka for “848.”

They closed off the night with one of their biggest hits (which was soon ran into the ground by local radio stations back when… ), “We fly High.” It’s been a while since it has been played in heavy rotation, so it banged like it was ’06, and the crowd lost it.

All and all it was a one of the better shows I’ve seen in a while, with tons lots of love, loyalty, and peace between a whole lot of goons.

Check out some candid pics of the show below. 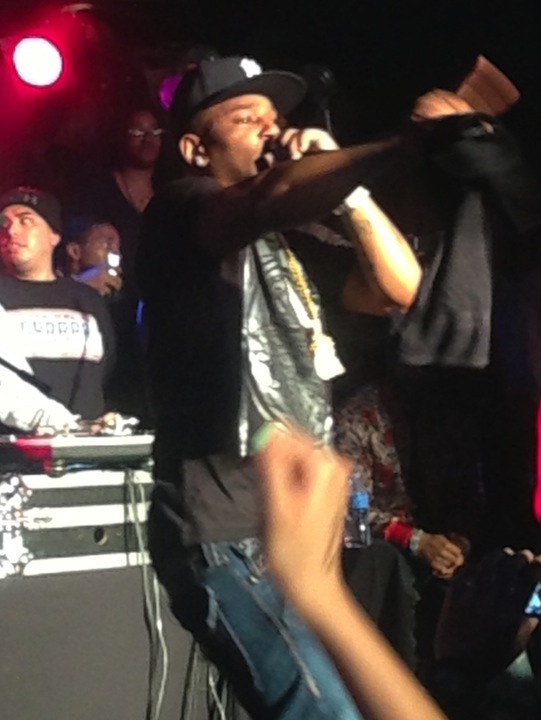