Five for Finding: The Undercover Stud

Ladies, we’re overdue for a sexy, sexxxy conversation about The D. The D, and not the d.

The stereotype flourishes that men of a particular subset have The D, that people are drawn not to their intellect but rather to sexual curiosity about The D. So by way of deconstructing prejudice, we’re going to take a more noble look–not an ogle, just a look–at this group of men: whiteboy nerds.
It’s a trope I’m sure predates my favorite line from 1985’s Real Genius (Can you hammer a six-inch spike through a board with your penis? A girl’s gotta have her standards). There’s a guy, awkward around others; loves his computer; ridiculed by macho peers about his inability to perform feats of strength. And the audience invariably learns he’s as well endowed as a college library. Let’s call him “the undercover stud.”
Where audiences love stories about this type of geek’s social redemption, writers love use of The D to balance his initial shortcomings. The theme has been nuanced for teens (MTV’s The Hard Times of RJ Berger), stoners (Comedy Central’s Workaholics), downtrodden 30-somethings (HBO’s Hung), even cartoon adults (FX’s Archer).
As a storytelling construct, I find it beyond played out; we’re far too aware of the reveal to any longer enjoy its appeal. But by contrast, I’m highly intrigued by a design element that plays off this “hidden-but-not-hidden” motif: the use of decorative hardware just beneath exterior leathers. Undercover studs of a different sort.
Perhaps it’s the next evolutionary step to the silver pyramid/black leather combo of 80s rockers and 90s goths, a follow-on to the popularization since 2000 of burnished finishes, multi-metal checkerboards, and spike/dome pairs. In these earlier instances, stud silhouette and placement were inextricable from visual appearance. The novelty of concealing studs below taut fabric forces shape to the forefront. We know what’s there, but we’re that much more intrigued by it.
Ain’t no shame indulging around Valentines Day, and an undercover stud might be the fix. Tap into your interest, your friends’ envy. Now the bag or The D? That’s your call. Both may prove to be a great investment, just remember that long-term, you’re certain to appreciate the weathered wrinkling of one more than the other.
These are five undercover stud bags for finding: 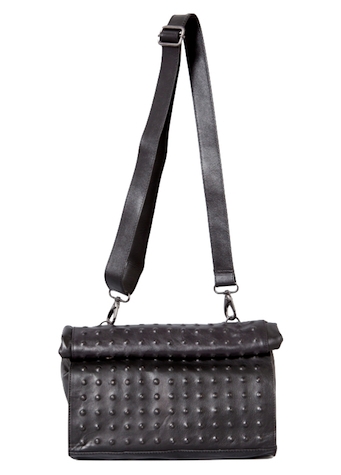 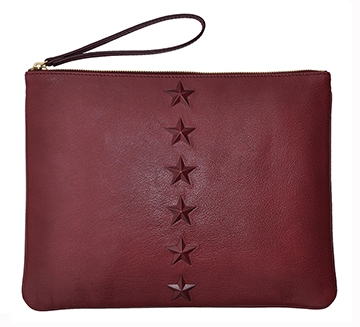 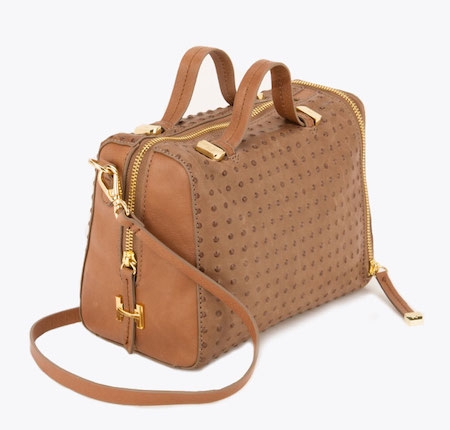 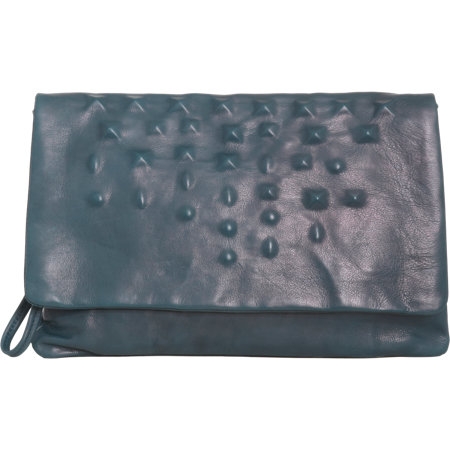 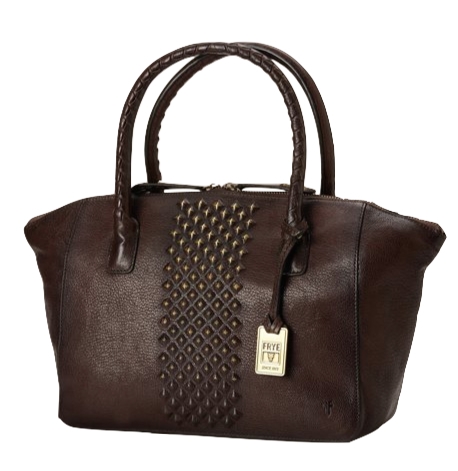