Five for Finding: The Bolder Checkerboard

A luxury New York retailer was reevaluating expansion a few years ago, and I joined its office the same time as a designer I thought had come off a successful year. She developed a checkerboard pattern with different widths of leather strands that’s since become brand icon, but I don’t believe she was ever credited, despite her pieces having probably grossed hundreds of thousands of dollars by now.

Perhaps her team didn’t feel it necessary to recognize individual work on something as simple as a checkerboard. And her contribution aside, the pattern is simple, simple in a way I don’t find unique. My sense is that up close, black and white squares are too stark to be useful season after season.

From a distance, the reverse is true. Our eyes behave much the same way as they do when looking at a newspaper image created from nothing more than tiny dots. But where minuscule differences in dot size and spacing create a photo’s highlights and shadows, a checkerboard’s repetitive pattern comes off as bland grey from afar. (That’s unless the squares are large enough to see 25 feet or so away).

Certain brands–Vans’ with its canvas sneakers comes to mind–strongly tie checkerboard to a sense of the alternative, the bold. I’d call it a faux boldness: easy to buy into, tough to justify. For me, it’s bolder to consider use of checkerboard as a starting point for new patterns. Transforming the expected–what better way to create (and/or wear) a visible expression of strength and confidence?

Layered print-on-print, embedded shapes in reverse color–techniques that modify this simple pattern–involve thought and consideration. It’s work. It’s innovation. Though I can’t say my co-worker birthed an entirely new trend, her effort and execution have had lasting impact for five years now; it’s certainly worthy of the credit she never received.

These are five bolder checkerboard bags for finding: 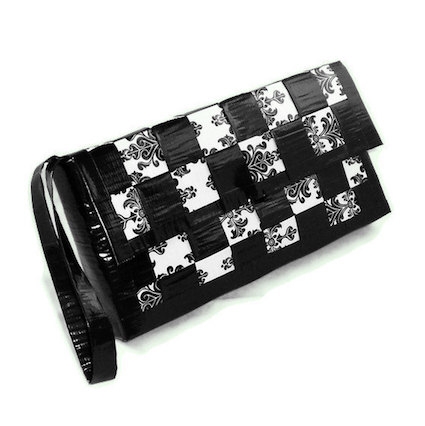 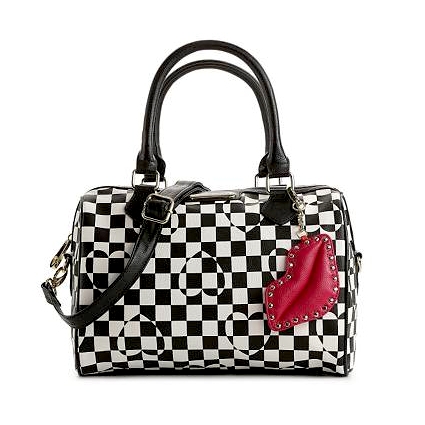 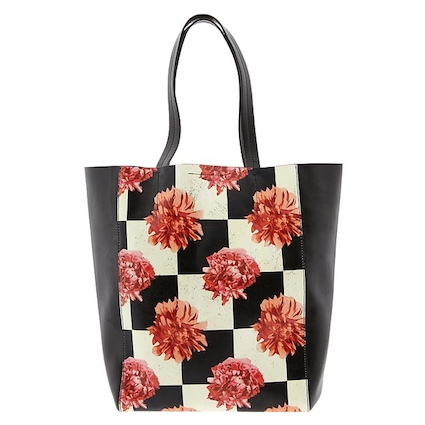 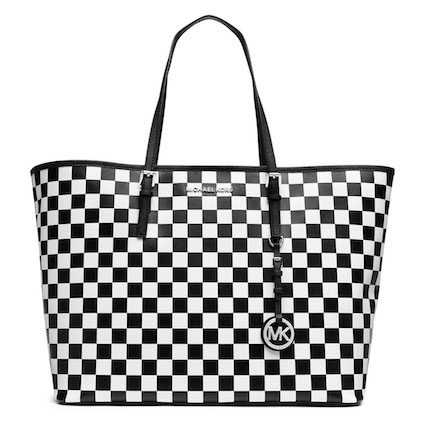 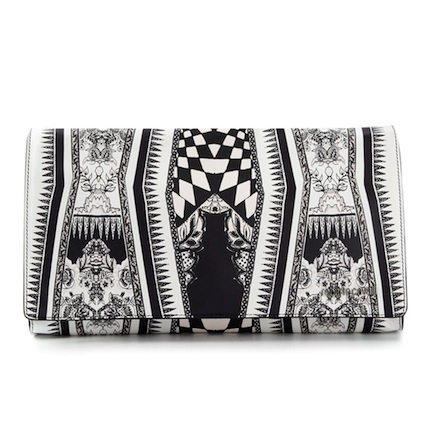